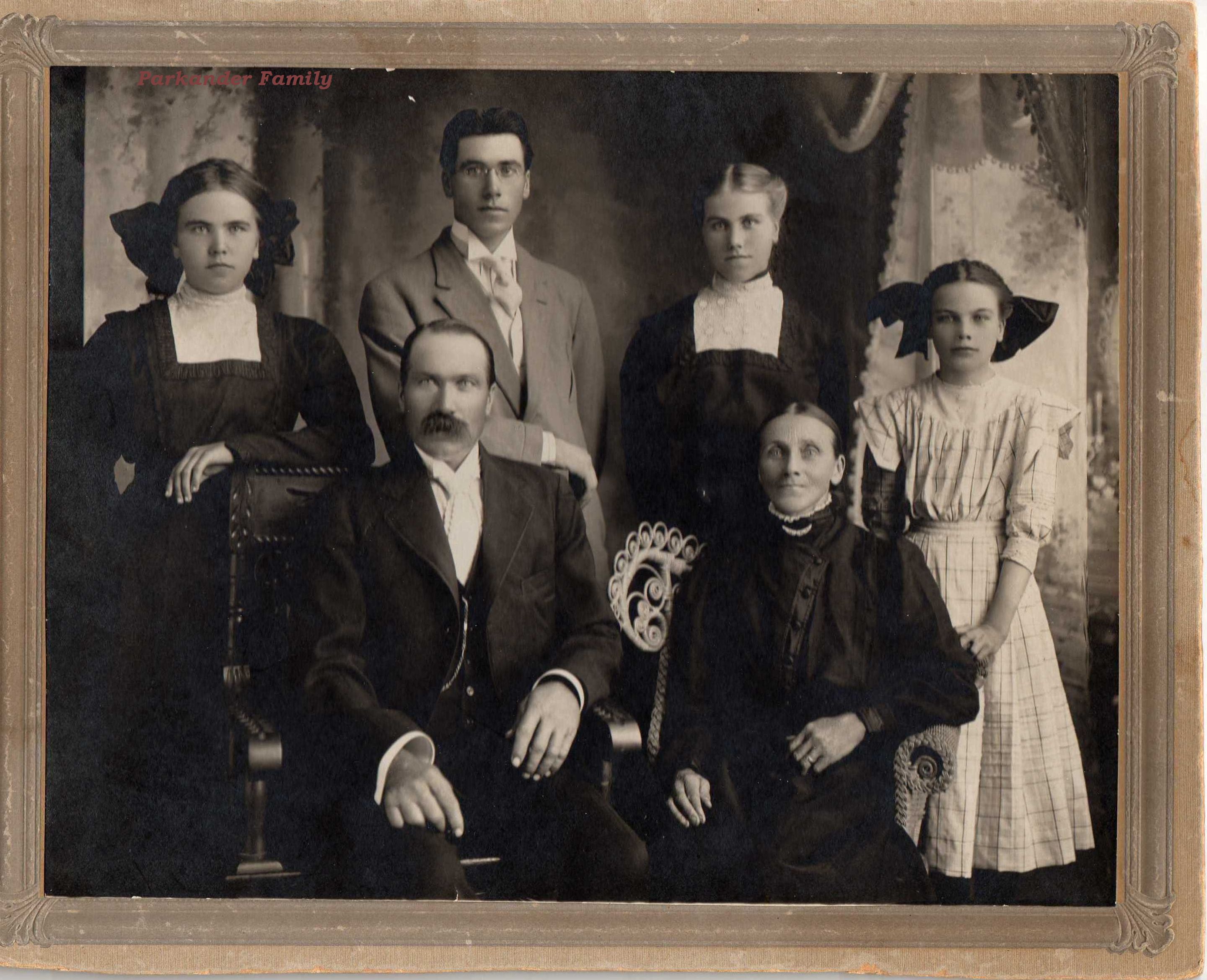 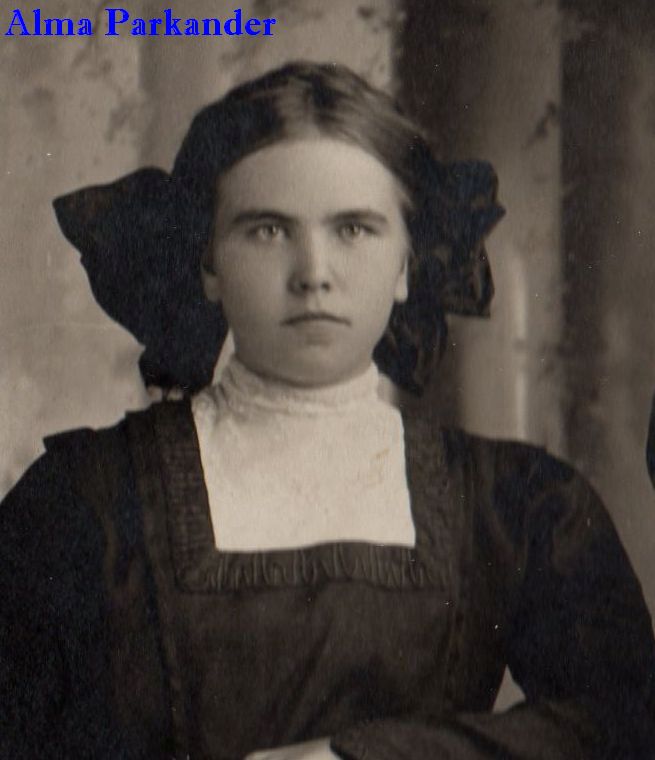 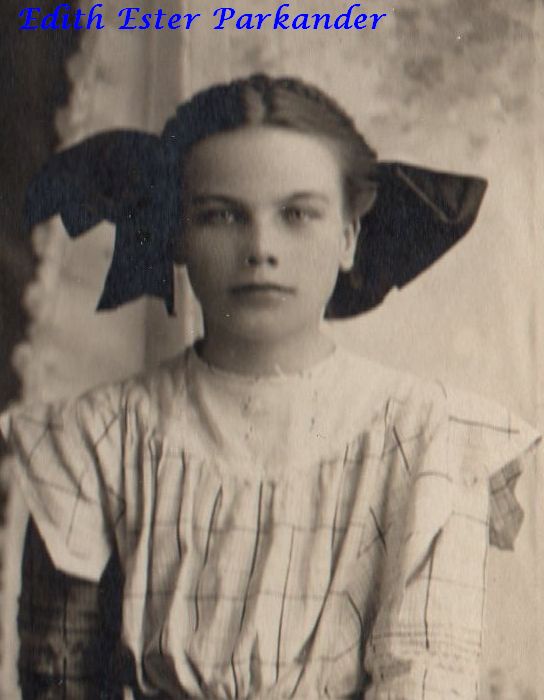 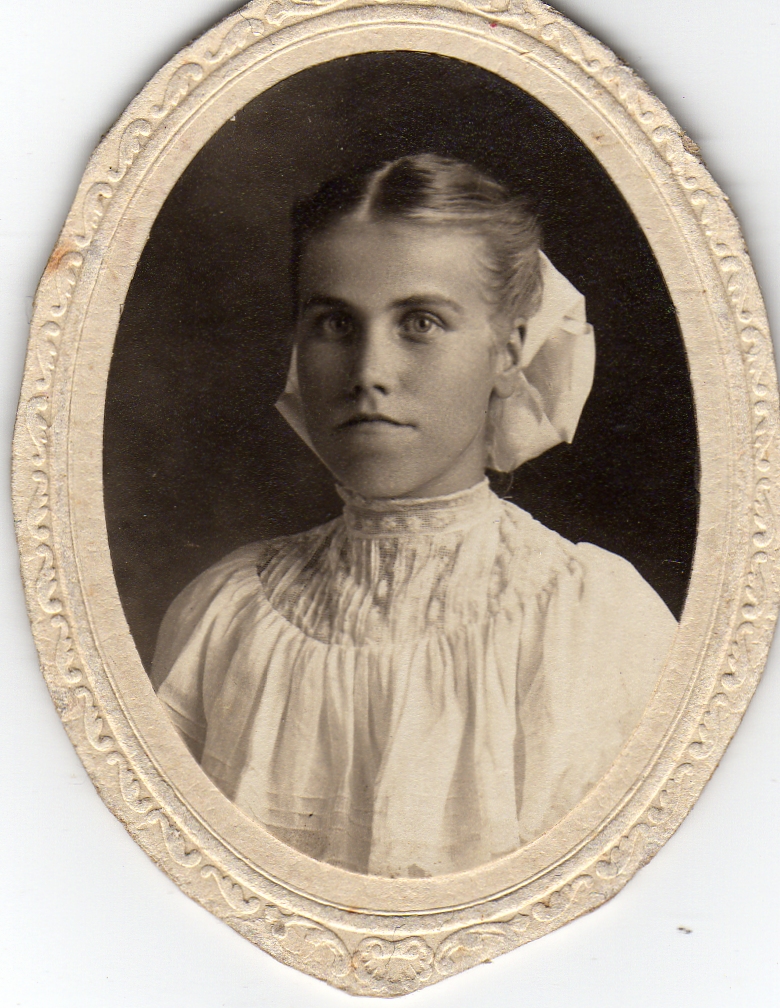 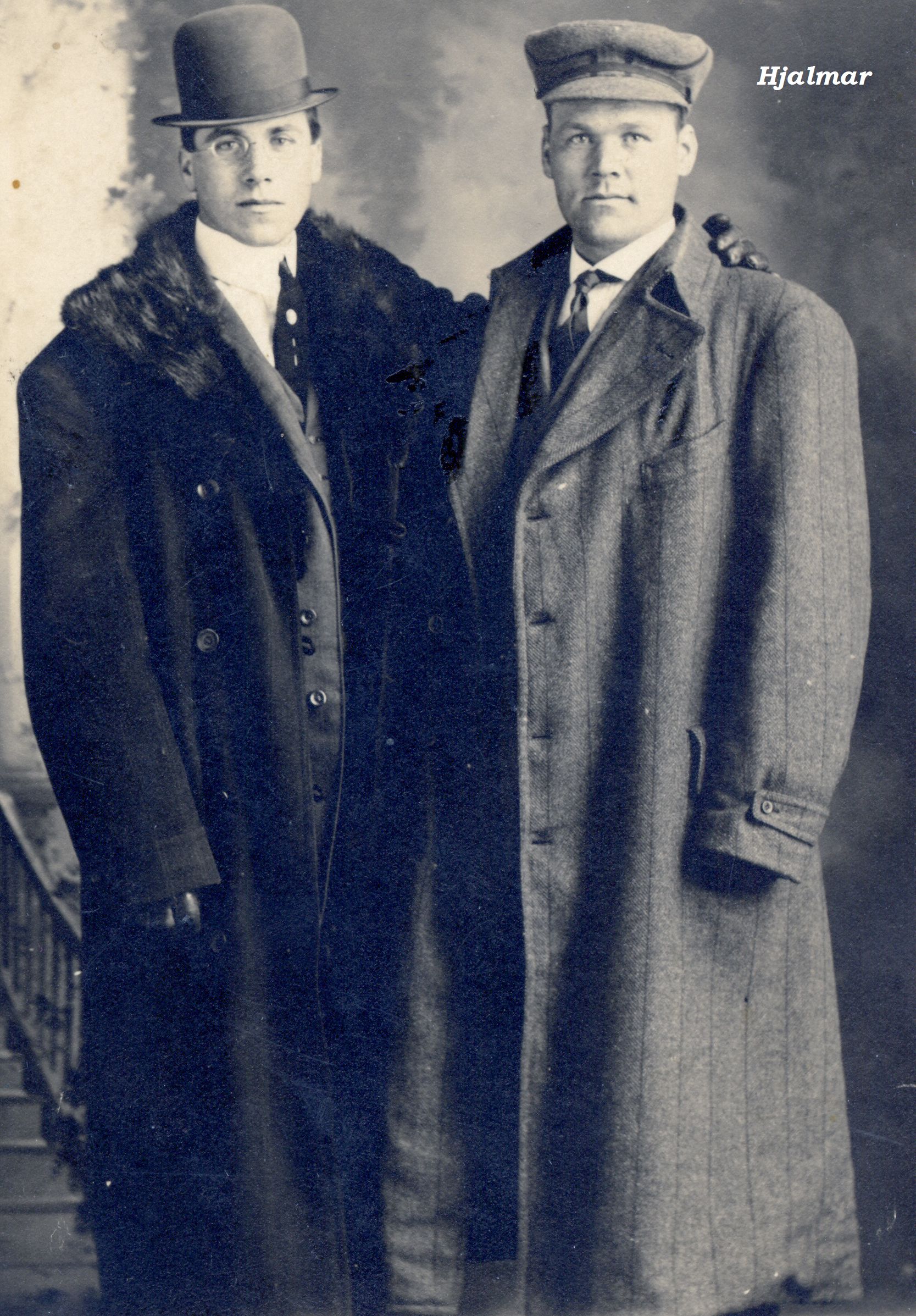 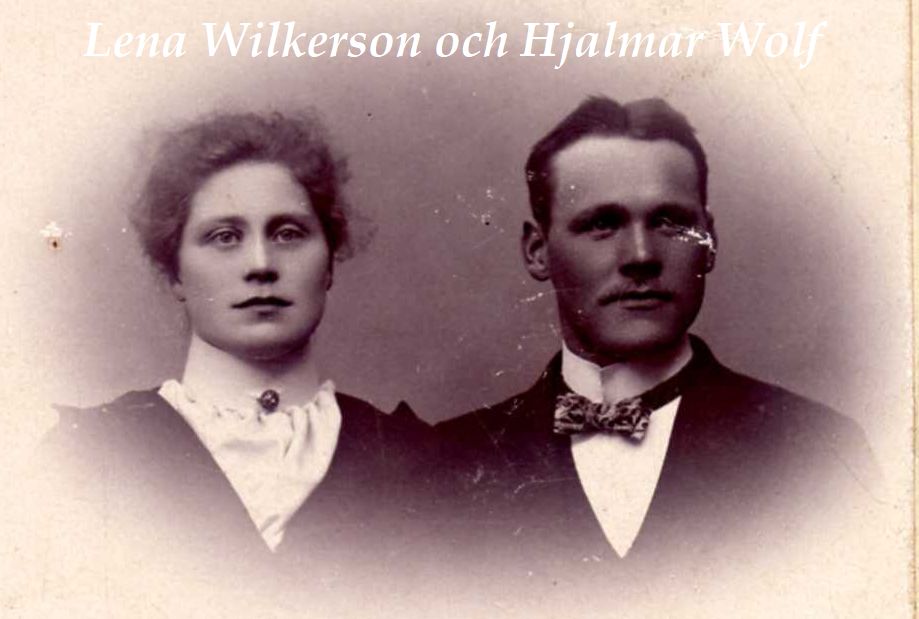 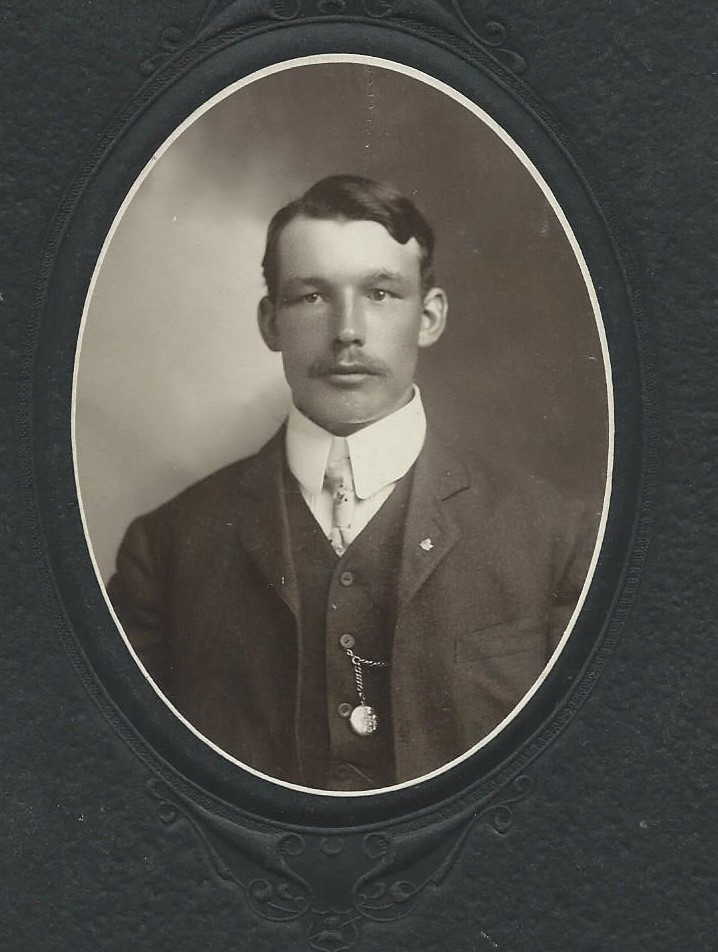 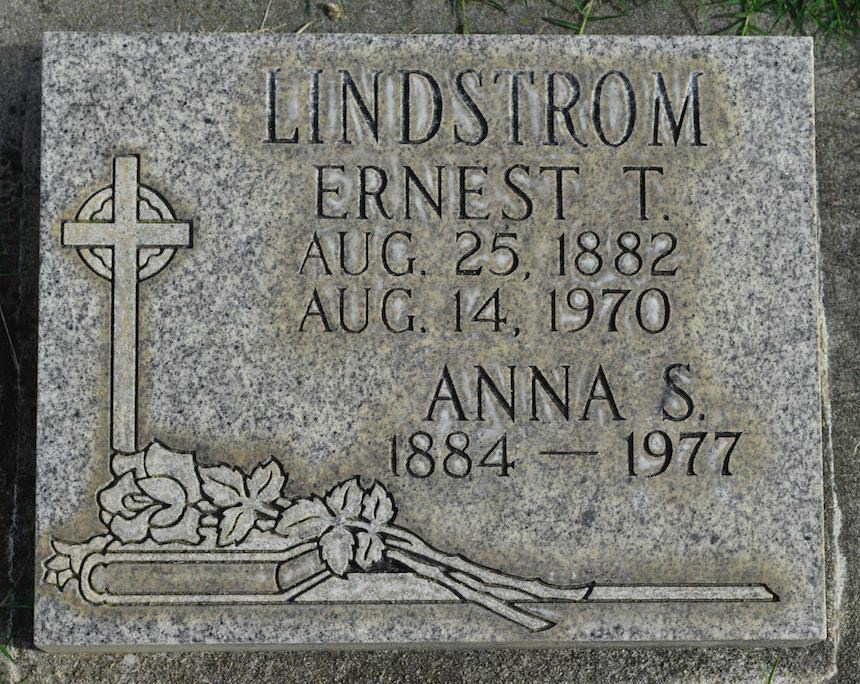 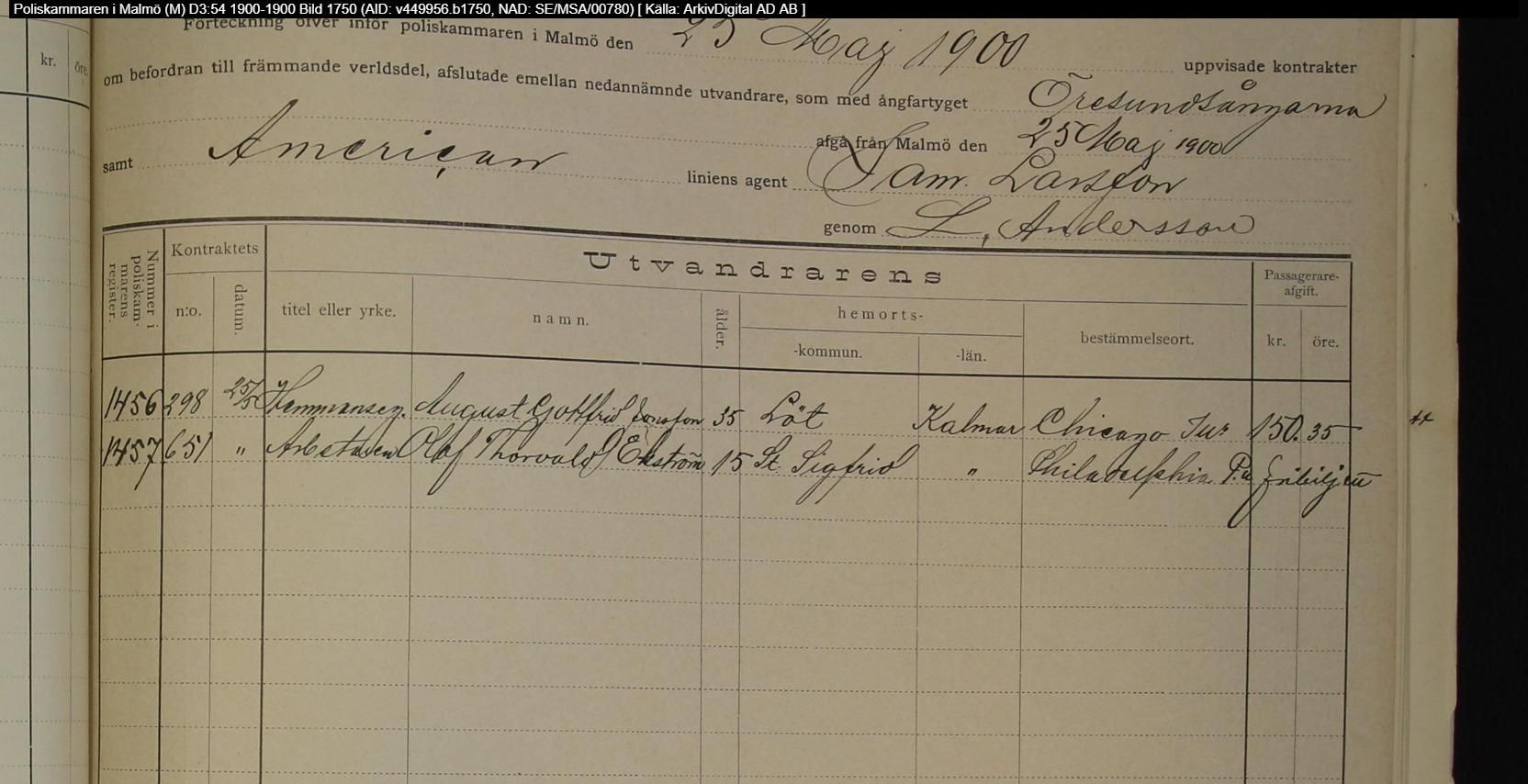 Frans emigrates 1893 together with his wife, Helena and their son, Josef.

All members of the Parkander family are seen left aside, in the first picture.

Hjalmar married first a woman, Rose Wolf, and 17 Januar 1917 was a second marriage in Clark, Indiana, with Lena Wilkersson - her father is said to be a german. Life was hard in the United States - he lost his right arm in an accident, and he died, 9 July 1937 in Cook, Illinois, by cancer.

Folke emigrated in March 1906. His american name: Folke Lindwall. Folke married Louise Eriksson and they got the children Evelyn and Franklin Lindwall. See a siblings photo!

His parents: Pehr August Abrahamsson Lindström and Johanna Petersdotter.
The surname Lindström was given to Pehr August as a soldier name according to swedish practice by this time (båtsmansnamn).

Ernst emigrates 1904 via Malmö and Liverpool, and in Ontario, Canada he married Anna Sigurdsdotter from Iceland, marriage date: 22 September 1906. Ernst had the following american name: Ernest Lindstrom. He had six children and lived in Minnesota and Iowa and died, 92 years old, in San Francisco, California.

Hilda Ekström was born 19 January 1876 in Karlskrona stadsförsamling, Blekinge län (K). Her mother died when Hilda was only 4 years old.

A son, Nils Hilding Emanuel Ekström is born 18 Dec. 1897 in Stockholm. Nils went to USA in October 1923 but he returned to the homeland later on and died in Stockholm 15 Oct 1975. Nils had a daughter, Edith Ekström, born 12 Aug. 1922. As a matter of curiosity, the little girl Edith travelled alone with SS Drottningholm over the Atlantic Ocean, a travel with a duration of 9 days, and arrived in New York 26 Aug. 1929. Edith was only 7 years old!

There is a special home page for Hilda and her husband John Kilstrom.

Serafia Ekström was born 6 July 1874 in Guö village, Åryd parish, Blekinge County (K). Her father was August Ekström and mother Hedda Nordgren. Mother Hedda died when Serafia was only 6 years old. Serafia as also Hilda, mentioned above, and my father, Sigfrid Ekström, all three siblings, have different mothers, we must perhaps say they are half-siblings or so.

Serafia emigrated when she was 22 years old, 1896. In Philadelphia Serafia married Harry F. Williams, marriage year 1899. A theory that this man, Harry, comes from Blekinge County in south Sweden - however this has not been approved.

He went to USA 1900 on a free billett (See picture!), 15 years old, together with a farmer, August Gottfrid Jonsson from Löt parish at the island Öland (H), - but Thorwald returned home and he finally emigrates in May 1902 to Philadelphia. There he worked as a painter and had a small firm. Thorwald, an american citizien, was drafted in both WW:s. 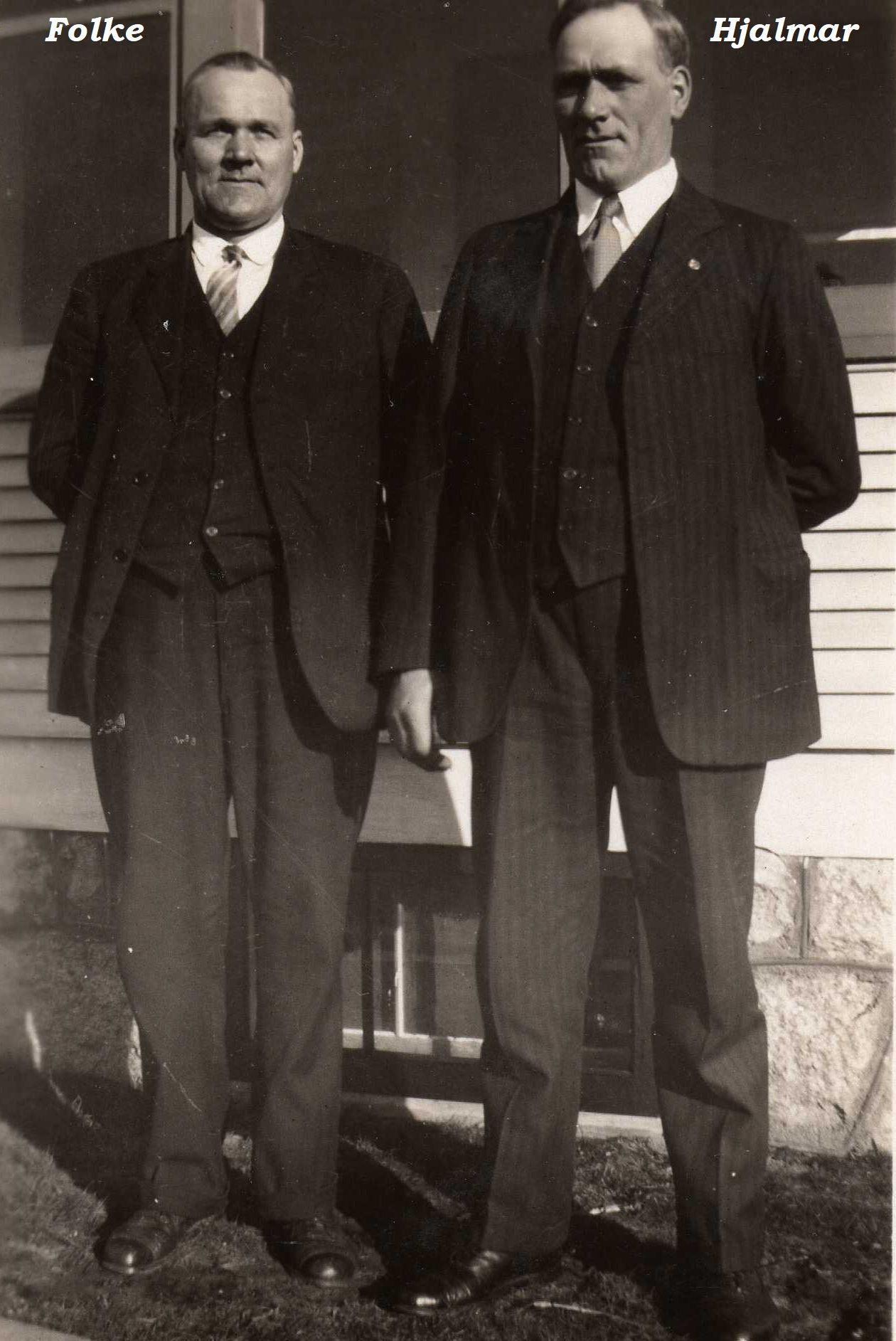 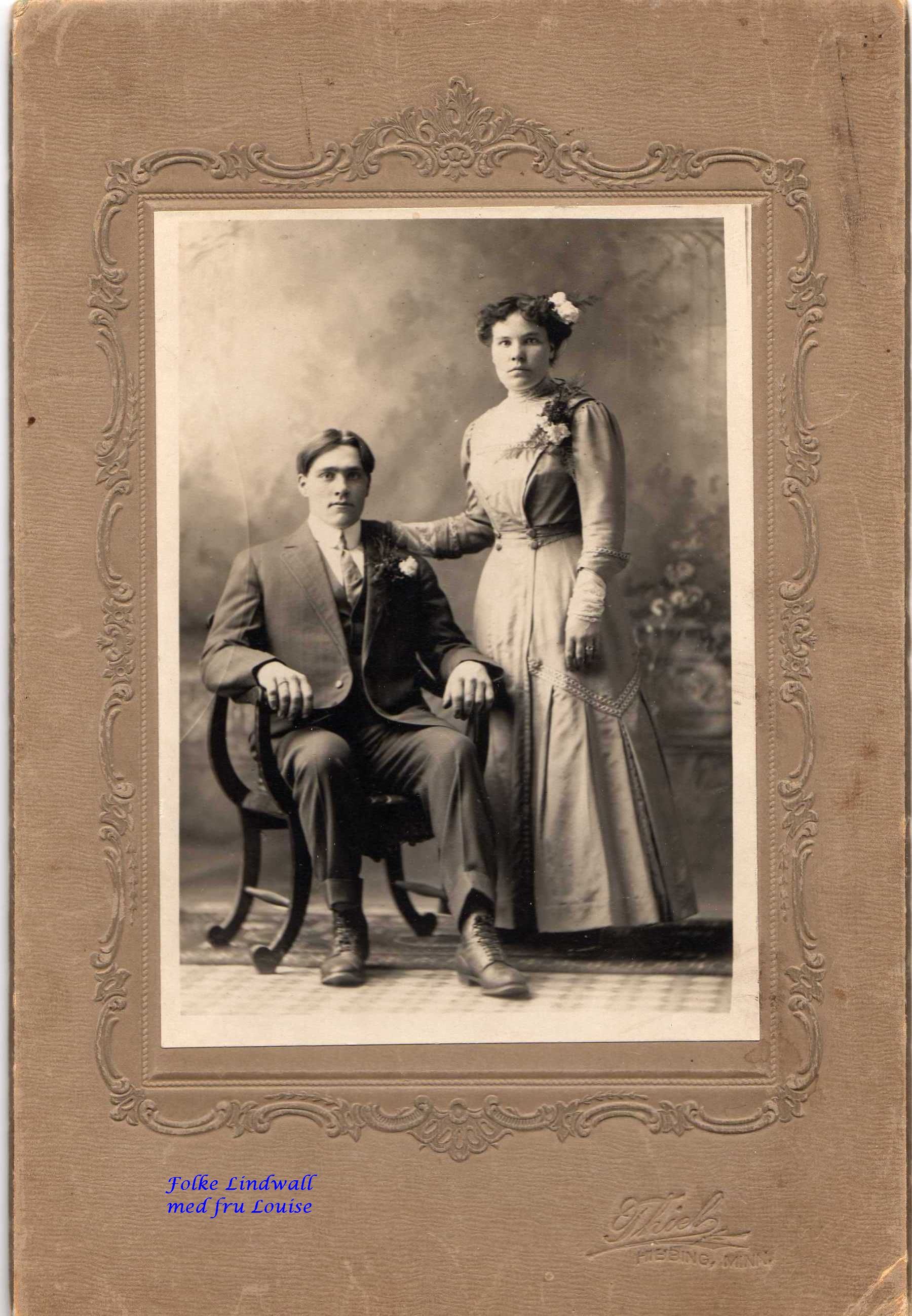 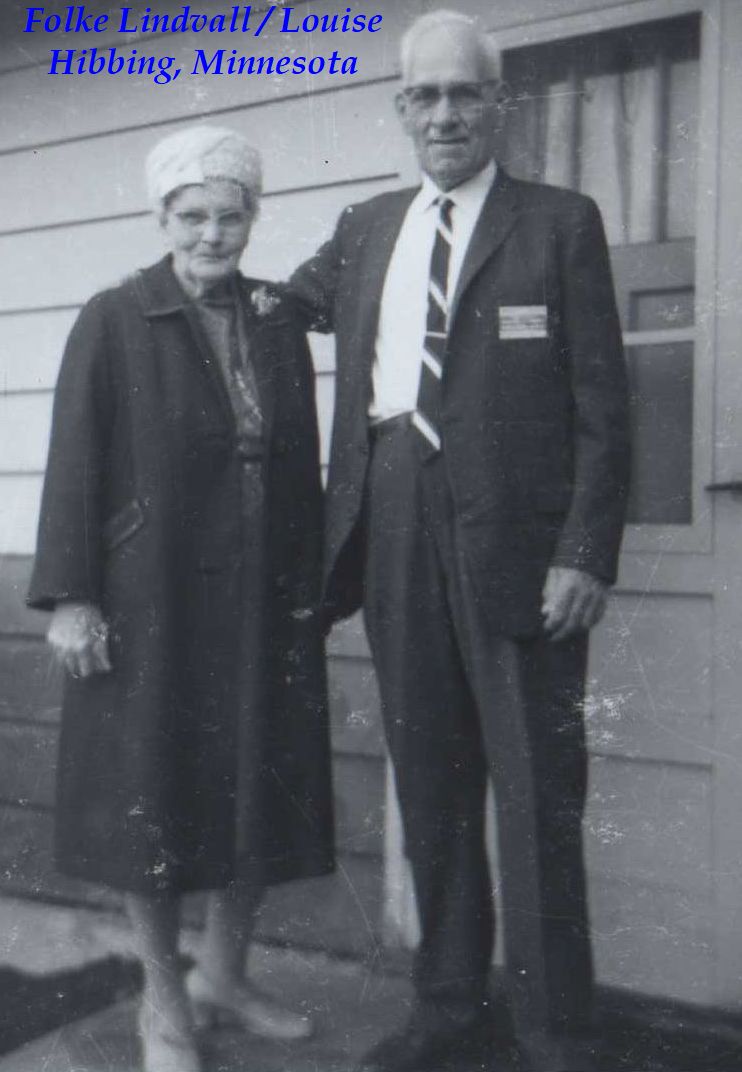 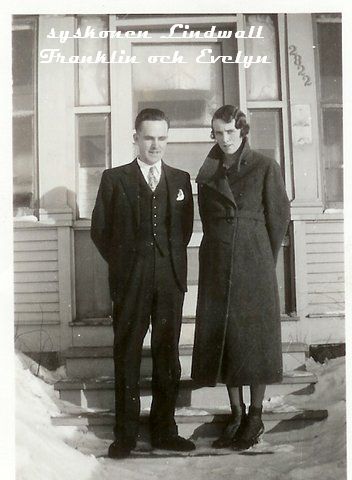 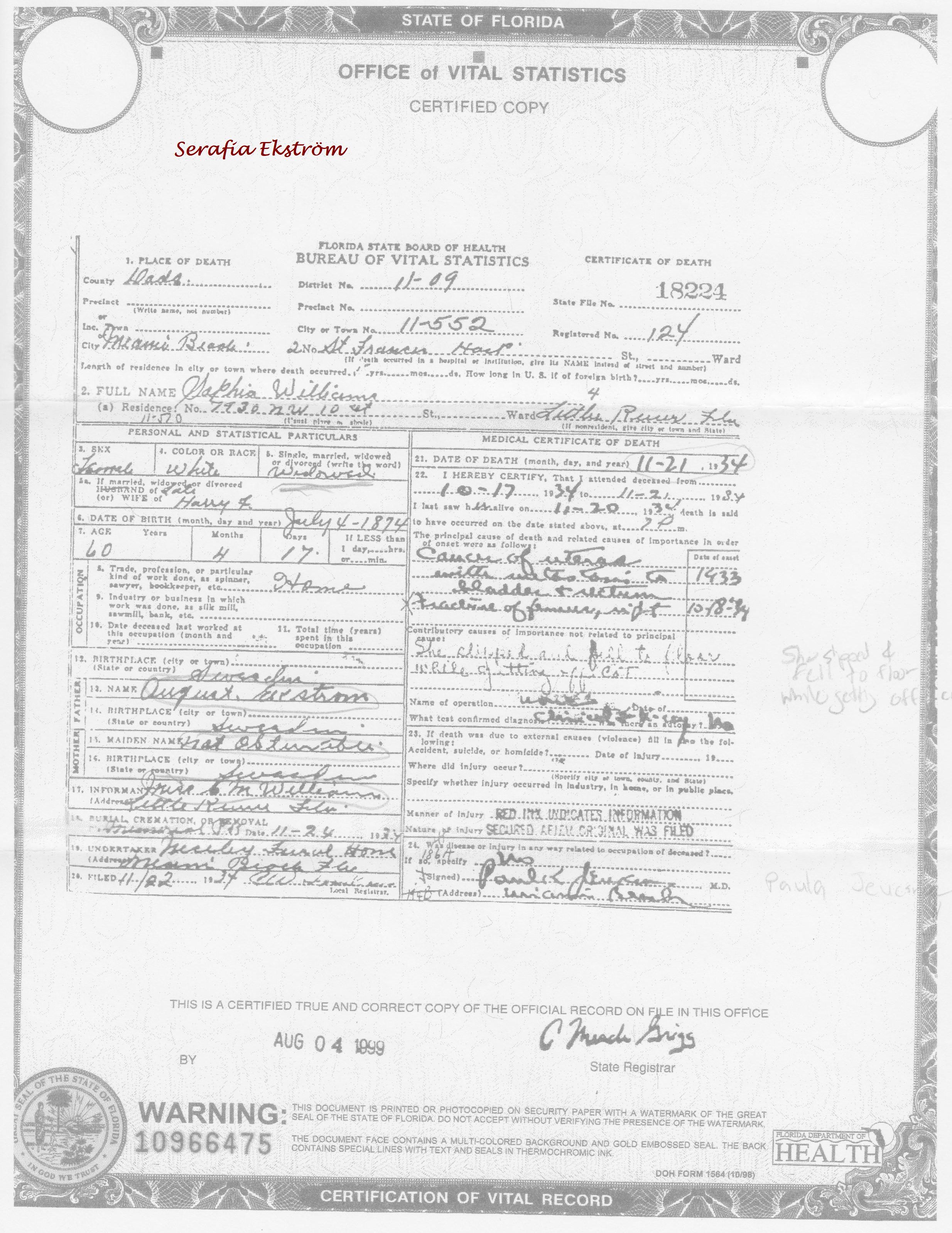 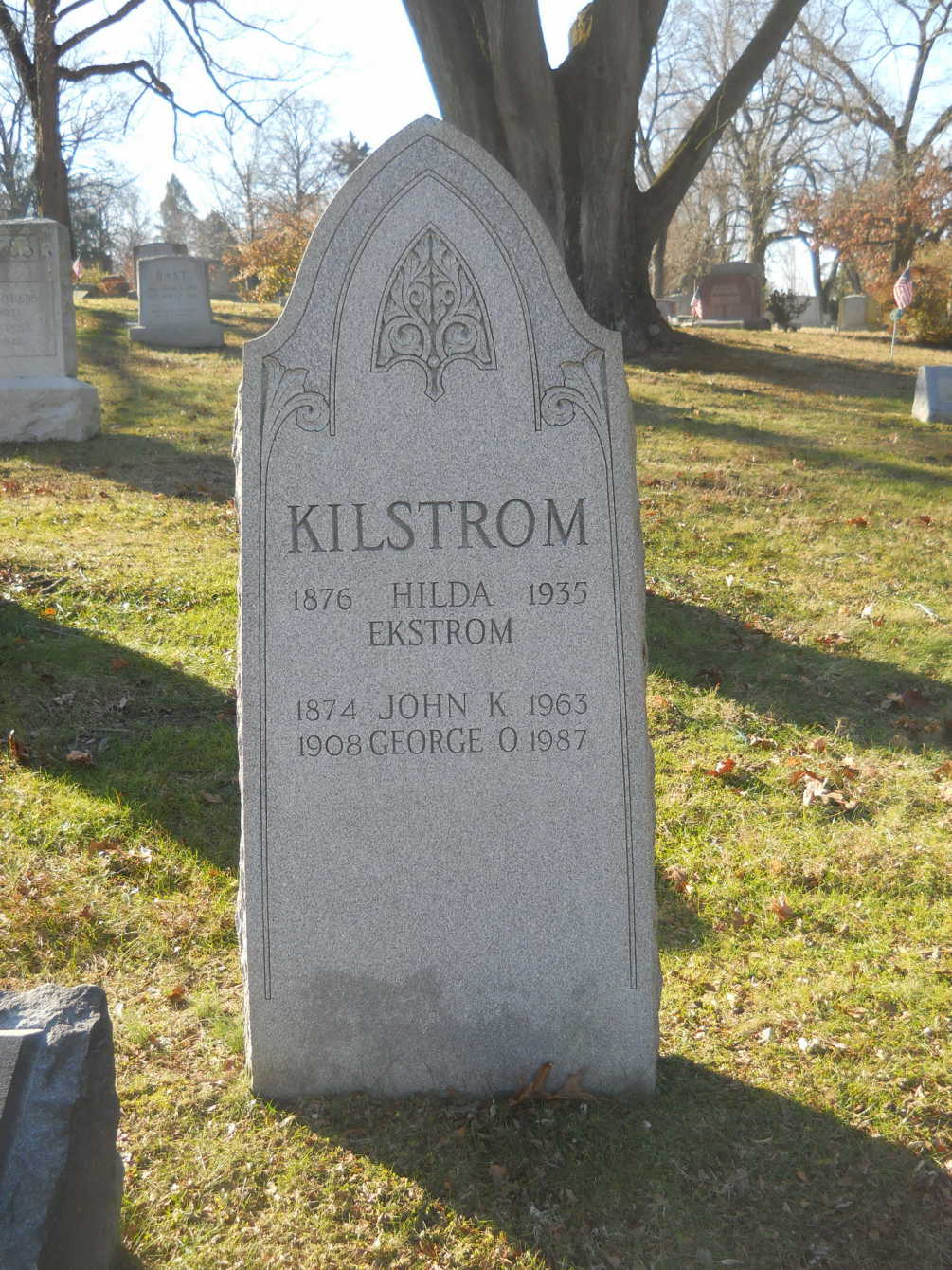 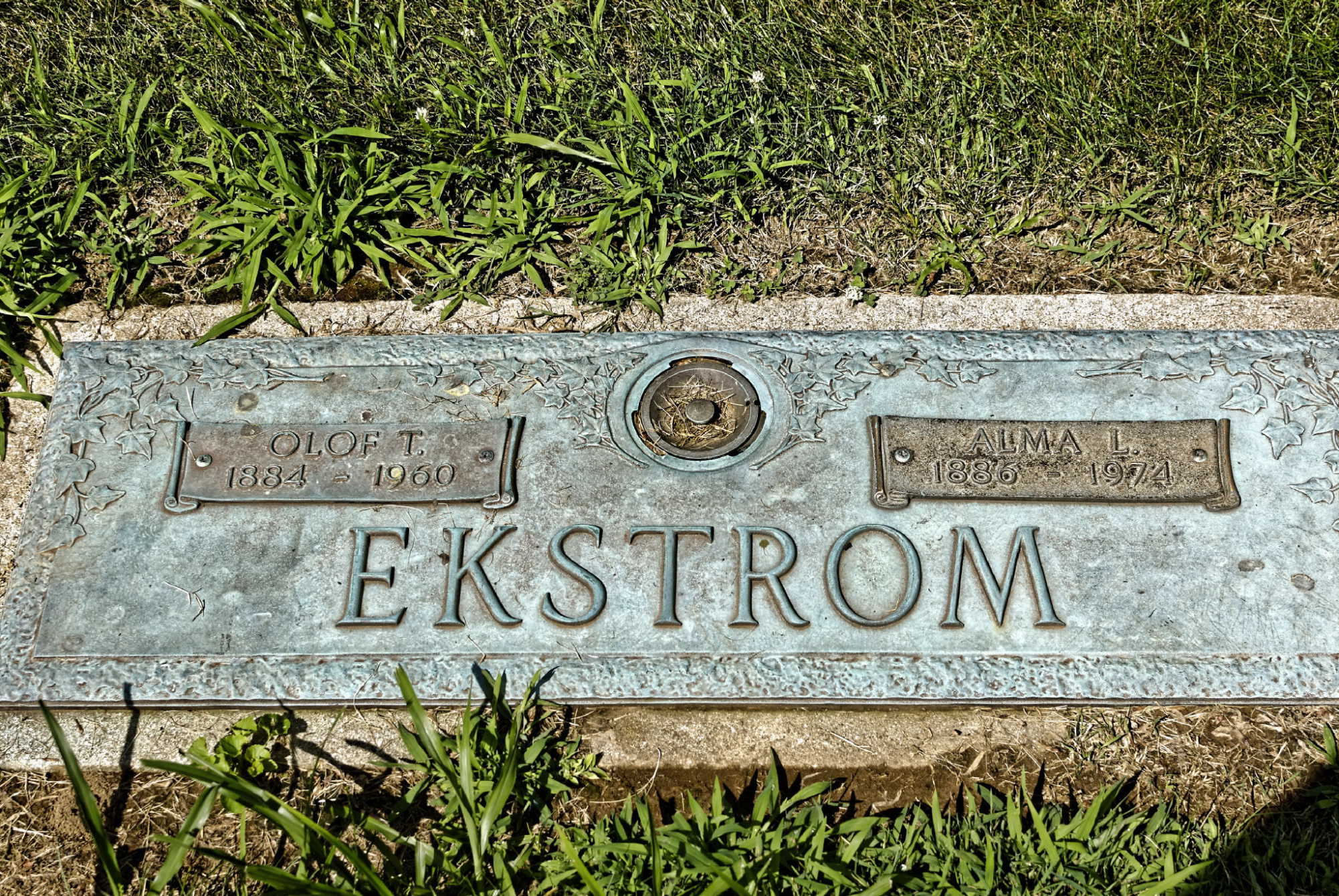