TheRealDonald@21 - "...the GMO corn destroying the gut of chickens it was fed too, as GMO corn was DESIGNED to do..."

No - most GMO corn is designed to do one thing: tolerate high levels of toxic glyphosate (Roundup) herbicide.
There is nothing about that genetic modification that makes it harmful to gut bacteria. It IS NOT the corn, itself, but the extraordinary amounts of glyphosate subsequently used on the crops that gets into the corn. GMO corn used without glyphosate herbicides is probably safe, but nobody uses it that way. Monsanto does not make money on the GMO seeds, they make money on the glyphosate that you subsequently shower on your corn crops because they can tolerate it. Banning GMO corn will not stop the overuse of glyphosate - it's in most North American wheat and flour because they use it intentionally to kill/dry the wheat just prior to harvest. It's in a lot of other crops that are naturally tolerant to glyphosate. Unfortunately, even minute amounts of glyphosate kill 'good' gut bacteria but not 'bad' gut bacteria. That's in poultry, pigs, cattle and humans. Glyphosate and Roundup negatively affect gut bacteria [...]

...An in vitro study carried out to investigate the rise in botulism disease in cattle in the past 10–15 years found that glyphosate and Roundup were toxic to beneficial gut bacteria that inhibit the growth of the botulism-causing bacterium Clostridium botulinum, but non-toxic to the botulism-causing bacteria themselves. In short, glyphosate and Roundup favoured the growth of botulism-causing Clostridium botulinum bacteria. The authors concluded that ingestion of Roundup residues in cattle feed could predispose cattle to falling ill with botulism.1
In a separate in vitro study on strains of bacteria found in the gut of poultry, most of the pathogenic bacteria tested were highly resistant to Roundup, but most of the beneficial gut bacteria tested were found to be moderately to highly susceptible. The researchers documented the antibiotic damage done to beneficial bacteria in the gut by very low concentrations of Roundup, which allowed the overgrowth of serious pathogens such as Clostridium botulinum, Salmonella spp, and E. coli. These would otherwise be kept in check by the beneficial bacteria that were wiped out by the Roundup residues in feed.2

The authors concluded that the ingestion of Roundup-contaminated feed could be a significant factor predisposing poultry to diseases caused by Clostridium botulinum. It could also explain the now widespread contamination of poultry products with pathogenic Salmonella and E. coli strains of bacteria, which can make human consumers ill.2 It is possible that glyphosate and Roundup’s negative impacts on gut bacteria could contribute to other toxic effects seen in animal and human epidemiological studies on these substances. In humans, disturbed gut bacteria is found in people with irritable bowel syndrome (IBS), diarrhea, and malnutrition, as well as in a subset of autistic people. It may play a role in multisystem organ failure and colon cancer.
There are probably other problems with ingesting GMO-anything, but that threat pales (or is far less understood) in comparison to the direct, known, well-documented threat that toxic herbicides like glyphosate cause. Every person in the U.S. has measureable amounts of glyphosate in their bodies today - that's how prevalent the problem is.
Posted by: PavewayIV | Nov 23, 2016 6:13:27 PM | 24 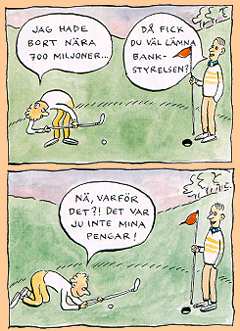 or Gautr, commonly assumed to mean 'father' or 'ruler', is one of the names used for Odin, the god of ancient northern mythology.
Most likely part of the ancestor list of Odin given by Snorri in Heimskringla